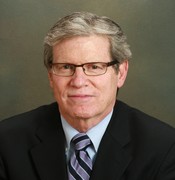 Specialties: Research, Rheumatology
Location: Albany Office
Dr. Joel Kremer is the Director of the Research division at The Center for Rheumatology. Dr. Kremer is world renowned for his advances in Research in the field of Rheumatology and originator of the world's largest RA database, the Corrona Registry.
Back to search results

Joel M. Kremer, M.D. is a graduate of Temple University School of Medicine in 1974 where he was elected to the Alpha Omega Alpha honorary society. He completed both a residency in Internal Medicine and Fellowship in Rheumatology at The Albany Medical Center Hospital and The Albany Medical College. Dr. Kremer is Board Certified in Internal Medicine and Rheumatology. Between 1979 and 2000, Dr. Kremer served on the full time faculty of The Albany Medical College. He was appointed as Professor of Medicine in 1990 and became the Head of the Division of Rheumatology in 1992. Dr. Kremer has been active in The American College Rheumatology, serving as the President of the Northeast Region in 1992.  Dr. Kremer has contributed over 120 original articles to the scientific literature. In addition, he has authored 18 book chapters and edited 3 texts on the rheumatic diseases. He serves on the Editorial Board of Arthritis Care and Research and The Journal of Rheumatology.  He has been an invited lecturer at numerous academic institutions throughout this country and internationally. In 1977 he was awarded the Virginia Engalitcheff award of the Arthritis Foundation at a ceremony in Denver, Colorado for his work on methotrexate in patients with rheumatoid arthritis. The award is given to an individual who has "improved the quality of life of patients with arthritis over the past ten years". He is presentlythe Pfaff Family Professor of Medicine at the Albany Medical College and the Director of Research of The Center for Rheumatology in Albany, New York. He is also the president and founder of The Consortium of Rheumatology Researchers of North America (CORRONA), a national organization for furthering research in patients with rheumatic diseases.